I am reposting this from April 8 because it isn’t showing up in the sidebar.

TW for discussion of violence and abuse, including sexual abuse

A long time ago, I was vulnerably housed, living in a hostel in a city down South. Next door to me lived a couple, a really tall older man and a young adult man who had dwarfism. I’m going to call the smaller guy Paul, although his real name has disappeared from my head. I’ll never forget his story, though.

People have always told me their life stories – I guess I have that kind of face. Paul’s was pretty tragic – a childhood of terrible neglect and physical, emotional and sexual abuse. It was hard to hear – the worst thing I’d ever heard at the time, which given  the things I’d heard and experienced is saying a lot.

Paul’s companion was his “saviour” – someone who showed him love he had never known, but it soon became clear that this older man had a temper and was violent – sometimes I was called into the aftermath of blood, bruises, tears and apologies. They clearly loved each other, but I could see that what Paul had now was only good compared to the horror of his past – he was still being abused, and he was terribly vulnerable.

A journey towards separatism

Forward fast a few years and I’d pretty much become a lesbian separatist – I’d come out the other side of therapy for my own abuse from cis men, and I’d figured out the safest kind of world is a world without men in it, at least for me (okay, I admit that later I learned women weren’t as safe to be with as I’d hoped, but that’s another story for another time). Back then I worked for women-only domestic violence services, and I firmly believed they need to stay women-only (note: for me, that always included trans women).

But then the UK funding climate changed and the service I worked for started to work with men, amid resistance from myself and other workers. 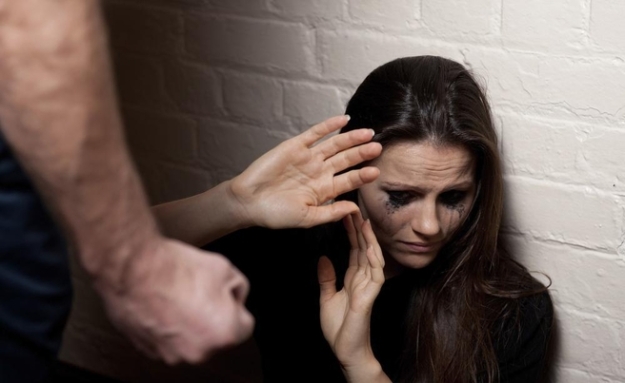 But that work with male survivors changed me. It turns out there are other Pauls in the world, that male/female is not the only axis of oppression that exists. I discovered that sometimes women really do abuse vulnerable men, that as well as being a man, someone can be queer or elderly or young or disabled or little or a person of colour or economically vulnerable. And most importantly, I discovered that despite the power imbalance, women and men are not fundamentally different and our experiences of abuse and trauma are not fundamentally different. I discovered gender as a continuum, and human experience as a continuum, and began to free myself from the simplistic, convenient, and binary models I had clung to.

Back then, we would say “yeah, but men should set up their own services, women shouldn’t have to look after men, it isn’t their job”, and that works so well as an argument when I think of this group of people “men” with the attached picture I have of someone able and white and well-muscled. But it sounds callous, if I’m honest, when I think of someone like Paul. Really? Not the job of an able, middle class professional being paid by taxpayers money to care about a vulnerable, homeless abuse survivor with dwarfism? That sounds a little different, doesn’t it?

At the same time, I felt uneasy – a service with “women” in the title helping men was a bit like Cadbury’s making gravy. The whole thing needed a bit of a rethink. Because “domestic violence” had become synonymous with women, and heterosexual women at that, it had coalesced around one particular form of oppression – sexism. Ageism, ableism, racism, transphobia, homophobia, biphobia, classism and poverty (etc) were not getting a look-in or being treated as equally serious oppressions.

Perhaps this is because women’s organising does benefit from potentially having the weight of half the world’s population behind it. Women are not a minority, and maybe that’s an advantage they have over other oppressed groups. It’s helped them be the only oppressed group that’s consistently able to create publicly funded separate spaces.

Some time later still, I went to work for a mixed gender sexual abuse survivors service, and some of my feminist friends were angry with me – they did not believe there was such thing as a genuine male abuse survivor, they honestly thought that men could only be perpetrators. I was shocked, but I also understood – in a world where separatism had created a bubble in which we never heard about male survivors, it was easy to disbelieve their existence. What we saw more often was male perpetrators manipulating and abusing by playing the victim, a common story.

But by now my eyes had been painfully opened – male survivors do exist, male survivors of abuse by women exist. Even though the power structure between men and women is very unequal, on an individual level there are variations, and other power structures at play. For example, boys under 7 sexually assaulted by female relatives and then labelled as “seducers” based on their maleness have their child/adult power inequality erased.

My own history and the work I did was raising complex questions about gender, trauma and abuse that I needed to explore. I went and did an MA with a particular focus on gender and trauma. That journey led to me coming out as a non-binary transgender person, but it also opened my eyes to the many layers in the stories we tell ourselves about violence against women.

“For your own good”

Gender segregation – in domestic violence services, prisons, toilets, and other women only spaces is supposedly for women’s own good. We have to keep women and men separate because it’s thought impossible to expect the same standard of non-violence from men as from women. This constant threat of violence and micro-aggressions is part of what keeps women oppressed, even to the point where feminists argue for single-sex education so girls can “do better” despite the fact our country is ruled by an ex-boys’ school elite. Gender segregation keeps women out of power and yet it’s still seen to be in their interests.

When I wrote my dissertation, I came across evidence that feminist domestic violence services, in the US at least, were being controlled by an external, ultra-conservative agenda – the message to services, in summary, appeared to be “if you want funding for your shelters, then you must present and perpetuate the ‘women as powerless victims’ narrative” – any hint that women’s position in society is negotiable, changeable, evolving and conditional is erased to create a fixed condition of women as a static underclass. The reality, that some women are strong, violent, unassailable, powerful, has ironically become as unpalatable to the people defending these vital services as it has to the conservatives, and so we feminists working for an end to domestic violence found ourselves shoring up the very thing we wanted to dismantle. In order to support women in the world the way it is, we have given the way the world is an increasing solidity and sense of permanence.

All those years I spent in women’s spaces, I fought for their preservation. Even whilst knowing in my heart that gender isn’t a binary. Whilst knowing that I carried the male gaze and male socialisation into those spaces. That I identified as woman in some ways and man in others. That I myself was capable of both victimhood and violence (I was prone to physically lashing out as a youngster, something that’s hard for me to own up to).

It’s hard not to end up with more questions than answers when trying to think of ways forward. I will continue to stick up for women’s spaces, whilst hoping we evolve away from them. I hope that segregated spaces were a necessary part of the journey, but not where we’re going to end up. I want a world not of assimilation, of “not seeing gender” but of inclusion and anti-oppression, where there is an awareness of inequality and people’s vulnerability, and an empathy for difference in all spaces. This becomes increasingly necessary as we realise that many of the smaller minority groups will never have the resources or traction to create their own safe spaces. And as Audre Lorde famously said, we do not live single-issue lives, so our separation into neat, easy to delineate categories is more problematic than at first appears. 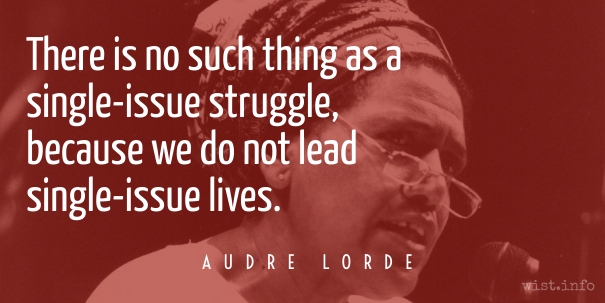 More than anything, though, I would love to see an end to the way we construct and reinforce toxic masculinity. I fear that in this neoliberal world, it may be in some people’s interests to maintain male violence and its function of domination, control and security. It is not mindless – it serves a purpose in keeping our country economically strong and our race in a superior position. Subverting that role in whatever way we can, and that includes breaking down the myths that separate us, is tough, complicated but important work.

3 thoughts on “Gender Segregation – For your own good?”